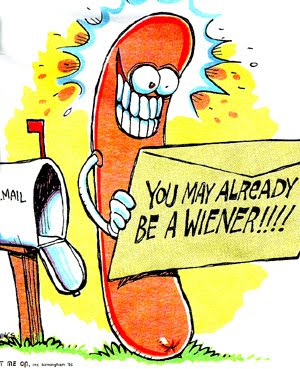 I once received a sweepstakes notice from Oscar Mayer that told me, “You may already be a weiner”. Likewise, you may already be half-fast and not yet know it. On large group rides, there tend to be people of varying abilities and interests. If you tend to hang out near the front of the group, you may be half-fast. If the training group of racers passes you and you latch onto the back for a while, you’re probably half-fast. If you think about latching on but think better of it, or base your decision on how far you have left to ride, you’re probably half-fast. If you used to try to latch on but now realize you are too old and out of shape, you may be half-fast.

If you ride a bike that was designed for people who ride a lot faster than you do (and get paid for it), you’re probably half-fast (unless you wear the team kit of the team that rides the same bike you 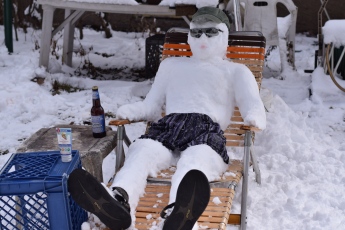 do, in which case you’re something else all together). If you get paid to ride (and to wear lots of advertising), you’re probably not half-fast. If, on the other hand, your bike is old enough to buy you a beer, you may also be half-fast. If you rehydrate and replace lost carbohydrates post-ride like the guy on the left, you’re probably half-fast. Join the club.