People sometimes wonder why bicyclists wear such weird clothes.  Most of them make sense. This is the section for non-geeks, who wonder about the sanity of the bike geeks. I’ve been writing this post in my head since I bought my first bike shorts 40-some years ago.

Bike shorts. If you’ve ever ridden any distance in jeans, (cutoff or otherwise) you know why bike shorts were invented.  They’re shorts so they don’t impinge on knee movement. They have no inseam to chafe your inner thighs.  They fit snugly so they move with your leg rather than rub against your thigh as you pedal. They are padded because your pudendal nerve is right where the seams on jeans meet – if you press on that nerve long enough (like on a bike saddle), you go numb. There is something disconcerting about having to look to see if you’re peeing because you can’t feel anything. On bike shorts, there is no seam there.

The padding used to be chamois and is now synthetic. Chamois is very soft when new. Once it has gotten wet and dries again it needs to be moisturized, which led to the development of “chamois fat”, various patented concoctions to replace the natural fats washed out of chamois. (The chamois fat I used to use seemed to be fish oil based, so I could absorb all those good Omega-3 fatty acids.) (No, I don’t really mean that last part, and I hadn’t heard of Omega-3 fatty acids back in those days – but it did smell kinda like fish.) With synthetic chamois, some folks still use weird concoctions, but now they call them butters, for the pun. Bike shorts are (or used to be) black because bike saddles were leather, which was oiled for softness. The oil left visible stains on any other color. Saddles are now usually synthetic, as are shorts.

Jerseys. Frankly, jerseys are (in part) a vehicle for advertising, just like the coveralls NASCAR drivers wear. If you are a professional racer, your sponsors put their logos on your jersey so they can make money from your success. If companies are not paying you to ride, it is mostly silly to advertise their products on your body. Jerseys are made to wick away moisture (they used to be wool, as shorts used to be). They fit snugly so as not to flap in the breeze. They have a zipper for ventilation because it is easier to work than buttons or snaps while riding. They have pockets on the lower back because that’s the easiest place to reach and the stuff in your pockets doesn’t make your jersey sag, as it would if the pockets were in front. Jerseys tend to be brightly colored. That way, if a car runs you over, you know they were aiming for you rather than failing to see you. 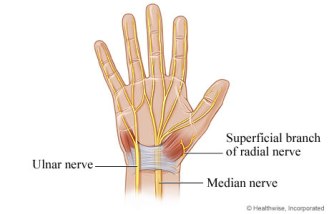 Gloves. See shorts. The pressure on your median and ulnar nerves (as well as vibration) tends to make your hands numb. Padded gloves prevent that. Leather palms protect your palms in a crash. The old-fashioned crocheted backs give you really neat tan lines. (Most gloves no longer have crocheted backs.) Gloves also allow you to run a hand over the surface of your tires if

you ride through glass (don’t try this without gloves), on the theory that when you run over a piece of glass it only goes partway through your tire but when you keep riding on it, the pressure drives it further into your tire so you get a flat. There used to be little gizmos called tire savers for the same purpose, with the idea that they would knock a piece of glass free before you ran over it a second time.

Helmets. Because a helmet is a lot cheaper than the treatment for a traumatic brain injury.

Shoes. Bike shoes have a stiff sole to transmit power to the pedals more effectively. This also protects from hot spots and numbness in your feet. If your feet are attached to your pedals (via the cleats that make people walk funny), the power transmission portion of your pedal stroke is doubled – you can both push and pull (or, more effectively, pedal in circles rather than just a series of alternating pushes). It helps to disconnect your shoe from your pedal before you stop.

By now you’re probably hoping I’ll get on the road already and write about the scenery and post pictures of exotic places instead of my garage door. Good luck with that.

P.S. Thanks to the half-fast club for a great birthday dinner on 2/27. Nothing like stretching a birthday for five weeks.