Once again we have crossed the great divide, each time higher than the time before. 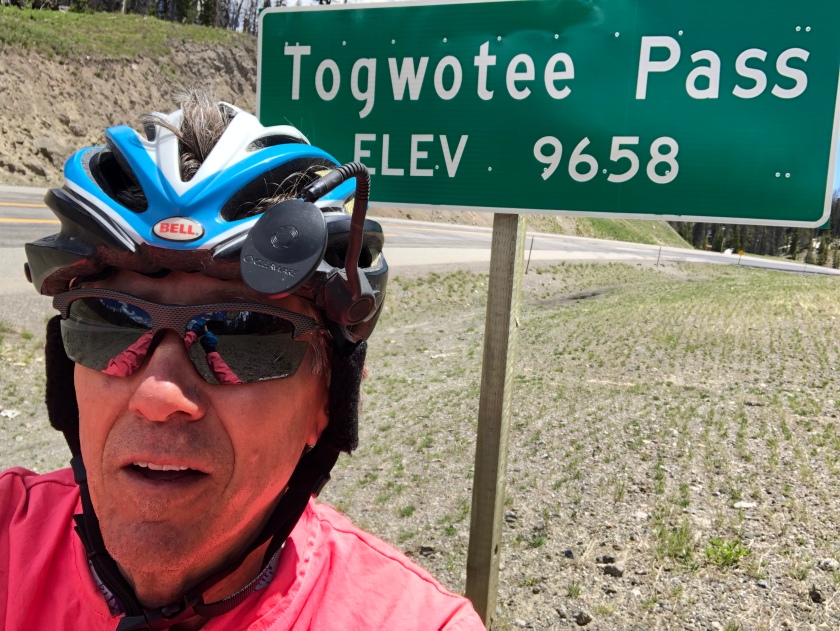 There was snow just below the pass. Photos are loading slowly enough that I won’t risk it. You’ve seen snow.

No WiFi and limited 3G cell service. We’ll see how this goes. I’m hitting “save” a lot.

We rode into Jackson from the Teton Science Center, then out on an excellent bike path. If Jackson doesn’t have a better “bike-friendly” rating from the Bike League than Madison, there is no justice.

Weather was perfect. Sunny and cool. It warmed up quickly. Strong tailwind. 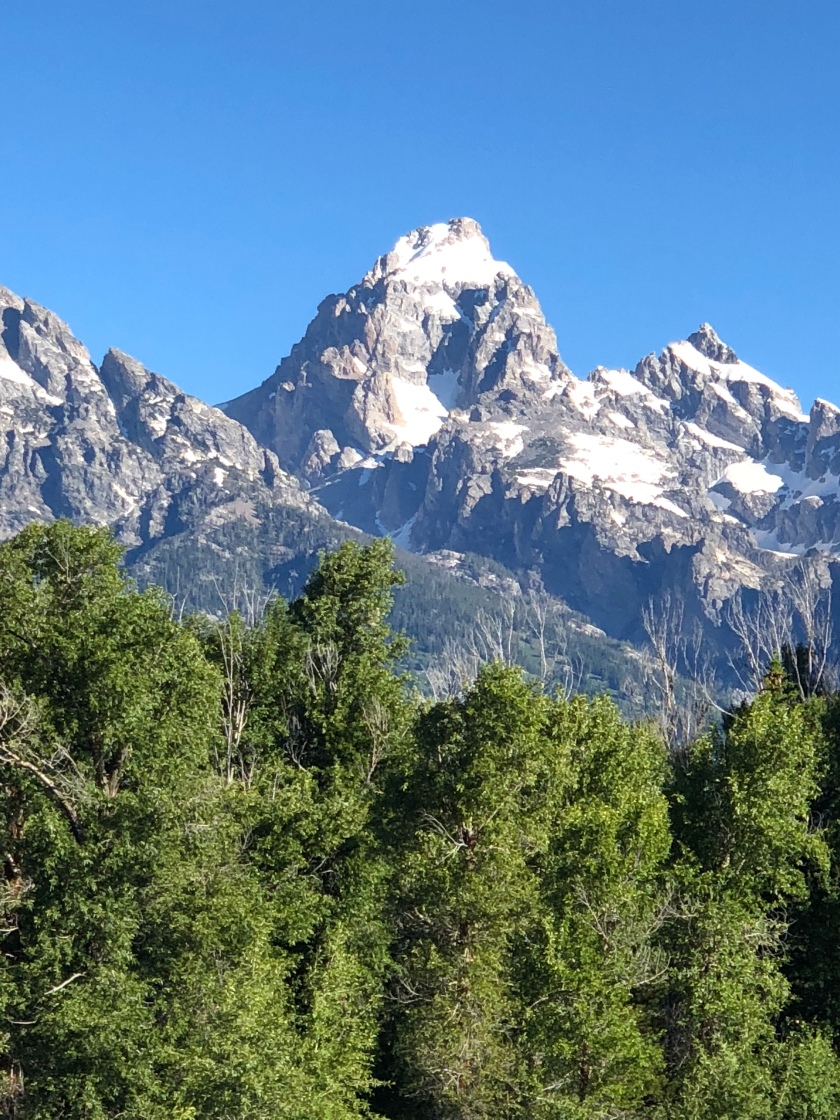 We rode on the path into Grand Teton National Park. I have way too many pictures of the mountain. We’ll see if they’ll upload. 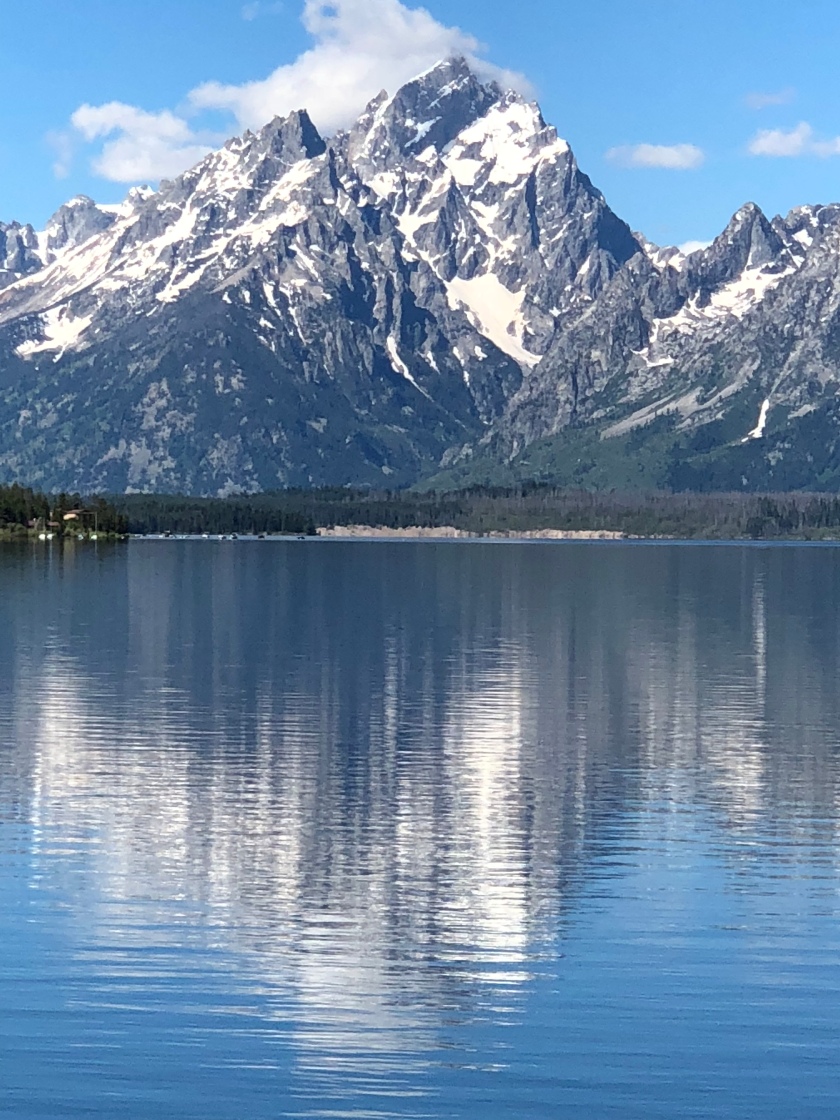 Riding through the park, my face hurt from smiling. There was a $20 day use fee to ride through. I was going to buy my “Golden Ager” pass (which cost $10 for life until the Trump administration – now it costs $80), figuring only four more days in a National Park for the rest of my life and I’ll be ahead.

Instead, I arrived at the entrance just behind Barbara (a cheese maker from New York, on Lake Champlain) and she was able to get three of us in on her pass.

We rode along and I stared at the Tetons. At mile 20 I realized we had to climb those gorgeous mountains, not just look at them. The path paralleled the highway, but more sinuous and undulating. Sometimes I think it was to follow the contours of the land, and sometimes just a brilliant landscape architect who knew s/he could make the path more interesting and fun than just a straight line. 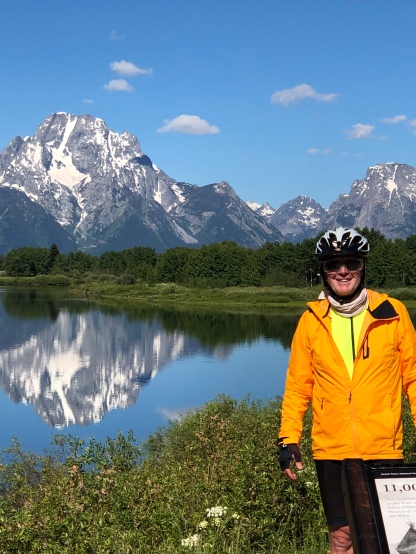 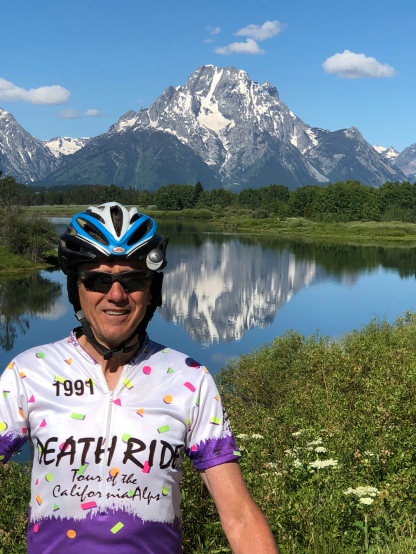 Our climb was actually much gentler than the mountains to our left. We climbed for 17 miles (almost two hours). I was pushed by the tailwind until the last mile – the wind abruptly became a head wind for the steep final mile. I guess I had to feel like I earned it.

The descent was fast; again, due to the wind, I held my speed down.

We hit flat lands along the Wind River, propelled by that tailwind. I didn’t pedal for a mile at a time, pushe along at 30 mph by the wind. I started pedaling and ran out of gears at 35 mph – I don’t how fast I could have gone if I’d had more gears. The wind occasionally became a cross wind, requiring work to keep the rubber side down.

We’re at a conference center on the Wind River. Where I’m sitting would be a great place to pitch a tent. Instead, I’ll be sleeping on a carpeted concrete floor – no camping allowed. There are folks camped at a nearby park, farther than I wanted to schlep my gear.

Showers were at a coin-op public shower in town. 50 cents bought me one minute of hot water. I usually wash my riding clothes while I shower – not today.

I’m not sure if I’ve conveyed how phenomenal the day was. The sun was out, puffy clouds barely moving (no wind aloft), a strong tailwind, fabulous mountains, good roads, light traffic, and a cold mountain stream to soak my feet at the end. Today alone was worth the price of admission. 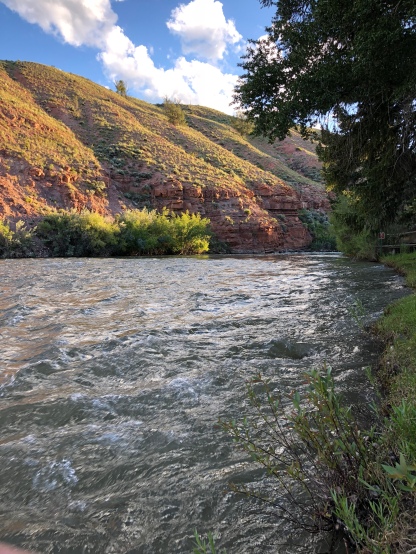 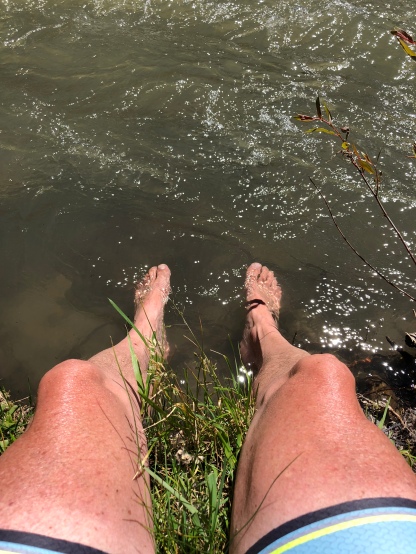 I am confused. We were trying to explain the 4th of July to an Irishman. If you take a knee during the National Anthem, you are showing disrespect for the flag and you are a traitor. If you eat off the flag and then wipe your mouth with it, you are a patriot. 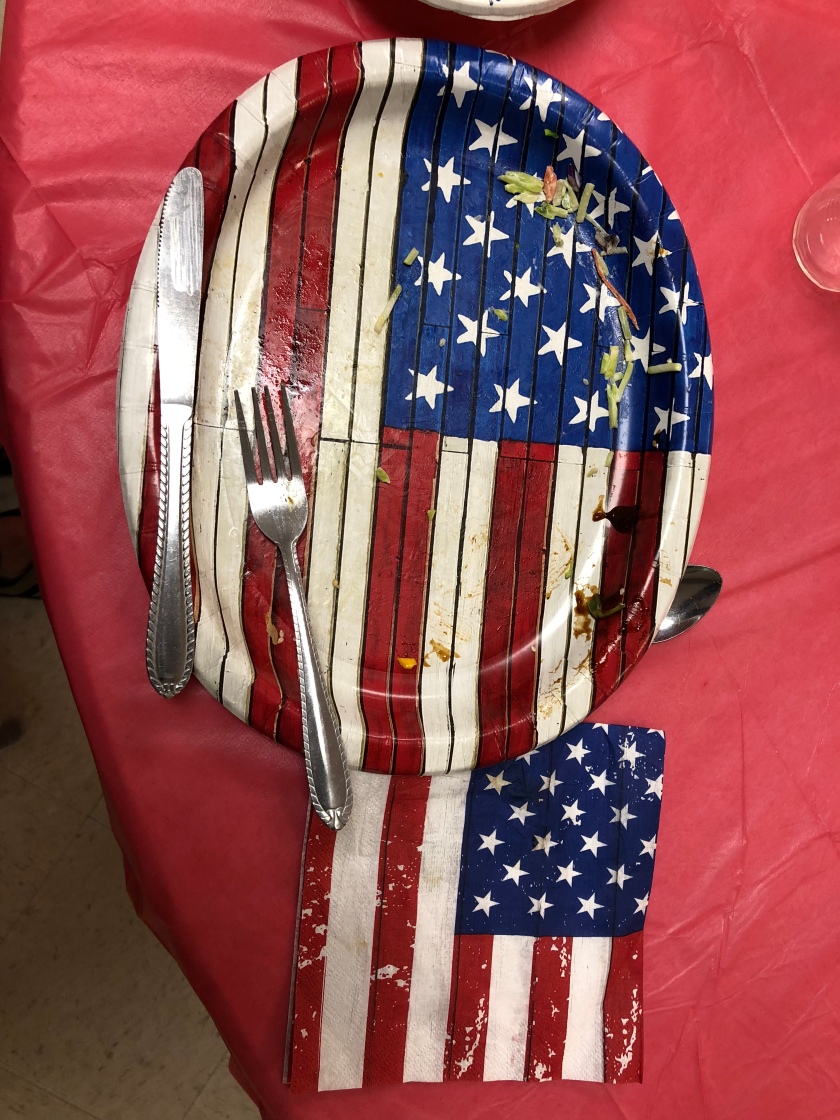 I also just found out that our short day for the week (72 miles after a major climb on Thursday) has just become 100 miles due to road construction.