Internet service is completely down here in the Pierre Indian Education Center. I’m writing this post in “Notes” in hopes that service will come back on. 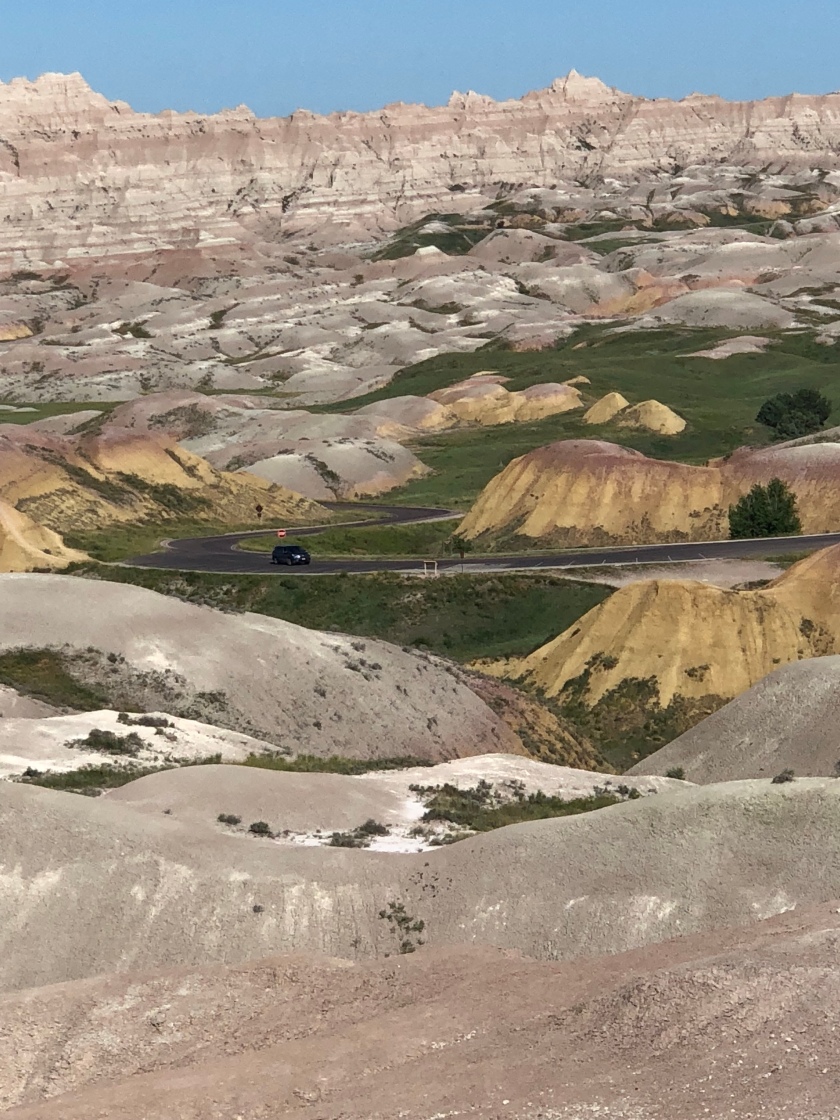 A last look at the Badlands. The color of the soil suddenly changed here.

After 96 degrees yesterday (Saturday), it is 66 and drizzly today.

We have a day off to recuperate in Pierre. We spent the morning in a coffee shop downtown, eating breakfast and watching the World Cup final, won by France over Croatia, 4-2.

Anders, one of our mechanics, was approached by a couple he knows from Northfield, MN. One of them thought they had found the coffee shop frequented by locals and was impressed by the cosmopolitan nature of the local crowd – watching soccer and speaking with British accents. We disabused her of that notion.

According to a local historian quoted in the local paper, the school was founded in the 1880s as part of Pierre’s bid to become the state capital. They wanted to show that their Indians were “civilized” (just like Soaring Eagle AKA Eddie in the Firesign piece).

We will spend the next few days continuing across South Dakota, entering Minnesota on Thursday. We will end the week in Northfield, home of “Defeat of Jesse James Days”. Northfield was once home to a major bank. Jesse James and his gang decided to rob it. The locals responded quickly and shot it out with the gang.

The story was memorialized in films including “The Long Riders” and “The Great Northfield Minnesota Raid”. While Jesse James has been canonized as a latter-day Robin Hood, he was actually a Confederate sympathizer who robbed and killed northerners to avenge the south’s loss in the war.

And so we begin a week headed more or less easterly. Less north and south wandering. The road flattens considerably.