Editor’s Note: The program is freezing and won’t let me add anything at the end. If the post seems to end abruptly, blame the software. It won’t let me insert the last photos at the end, so I’ll try at the beginning. This is the sky as we arrived at camp for Thursday night.

I just found out I have used up my family’s data allotment, even after doubling it. I expected wireless internet access much more often than I actually have it. This will be the last post until I have wireless, which I hope will be this weekend at St Olaf. After that, who knows? 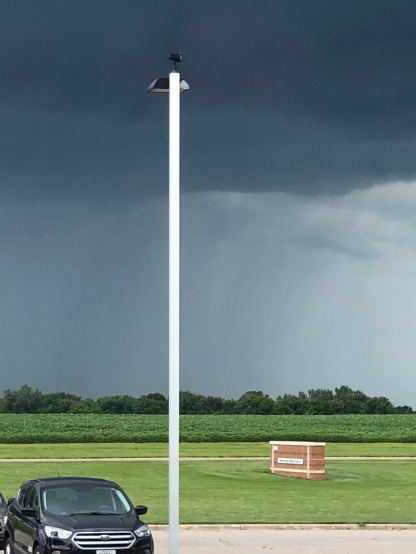 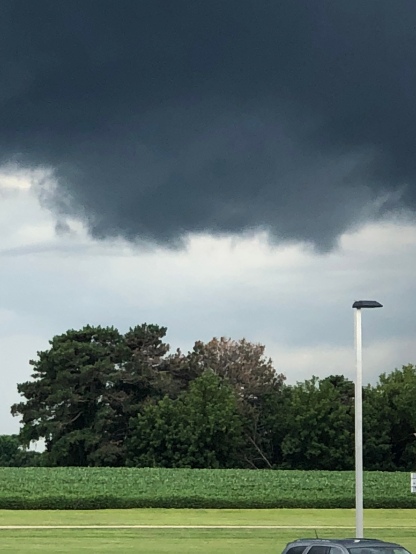 I slept inside Wednesday night due to forecast for thunderstorms pretty much all night and all day today. I figured I’d at least start the day dry.

At the meeting, Greg asked who already knew they wouldn’t be riding. We were supposed to be facing thunderstorms and headwinds all day. Radar showed a low pressure area spinning over the road we’d be riding on.

We left Watertown with the sun shining, riding east into the gathering gloom. Some riders sagged right from the beginning, to avoid riding in the rain. Others left early, presumably to get it over with. I, on the other hand, lingered over coffee and donuts and was one of the last to hit the road. 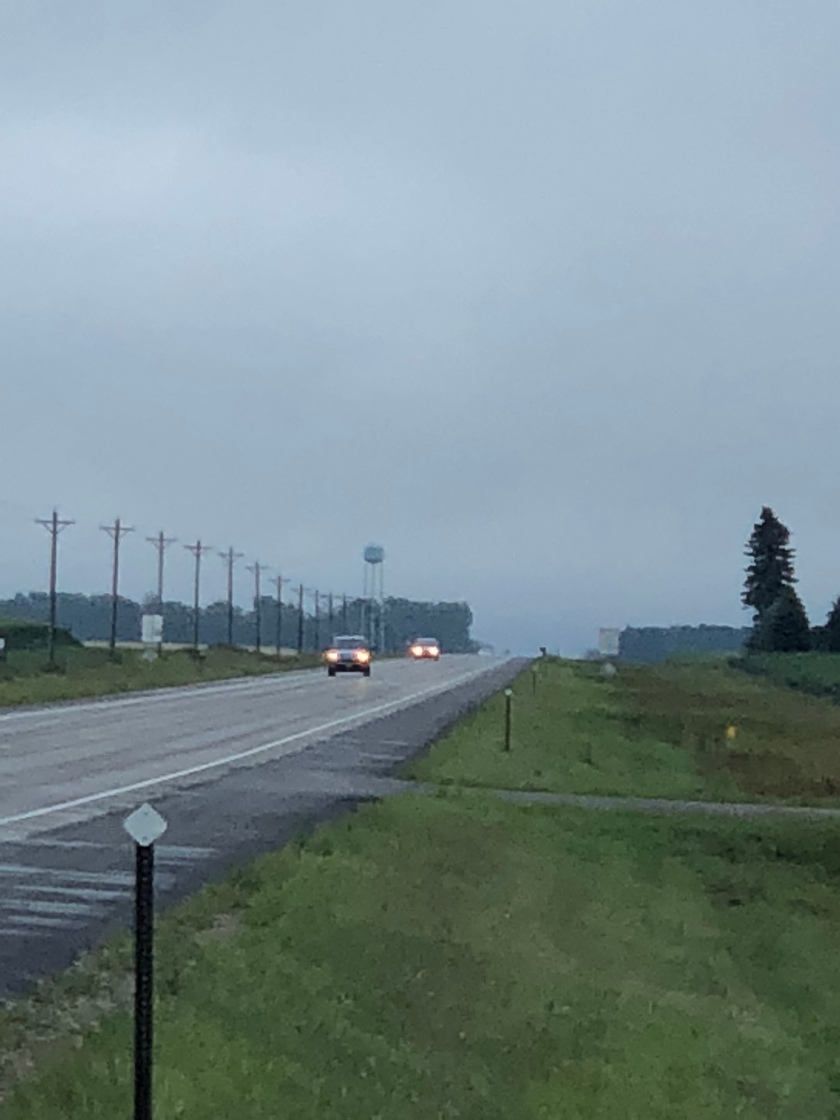 A few miles down the road I came to this billboard, which reminded me of the following Merle Haggard song. You can hear it with hipster irony if you choose to. It was certainly not Haggard’s intention when he wrote it at the height of the Viet Nam war. I’m not sure what he thought about the song 30 years later. 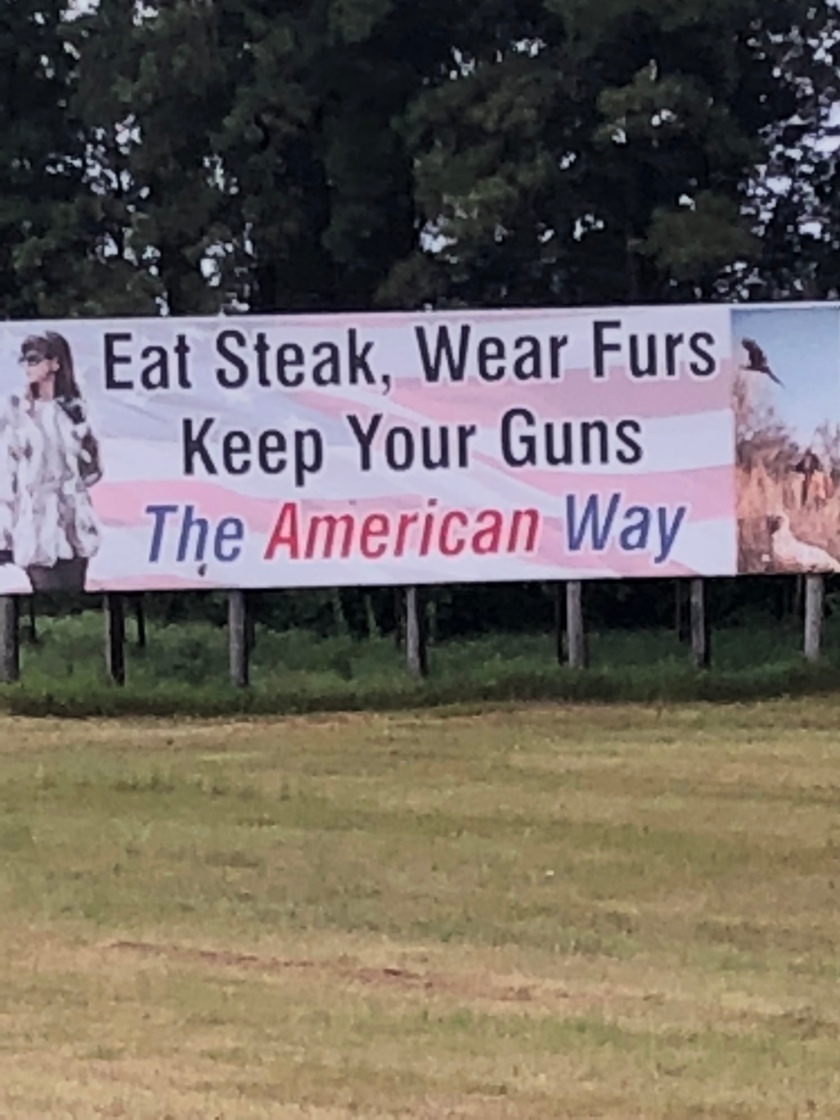 The rain always seemed to be out there. Cars coming toward us had headlights on, but not wipers. And they were dry.

The wind shifted and became a tailwind. I flew down the road at 25 mph with minimal effort. I still wasn’t catching anybody. I guess they were all going that fast.

We crossed the border into Minnesota and it was getting hot in my rain jacket and shoe covers. I had already taken off the warm gloves and was just using them as padding under my hands. I jettisoned the rain clothes at the lunch stop.

I finally saw a few others at lunch. At mile 58 we ran into a section with major expansion cracks. They looked and felt like drainage ditches running across the road. I slowed and rose out of the saddle for them. Then I started bunny-hopping the bigger ones. My knees and wheels were taking a beating.

After 10 miles, smooth pavement returned. The sky remained dark in the distance, but the sun actually came out for the last 5-10 miles, when we turned south into a wind that had shifted again and was now coming from the south.

I think the wind came from every direction at some point in the day. It is amazing how much my attitude is shaped by the weather. A few days ago, pushing into a headwind, I wanted to go home. My thoughts were all I had and they were not profound. Today, breezing along, I was ready to do two days in one. I was having so much fun I thought I could go 150 miles. 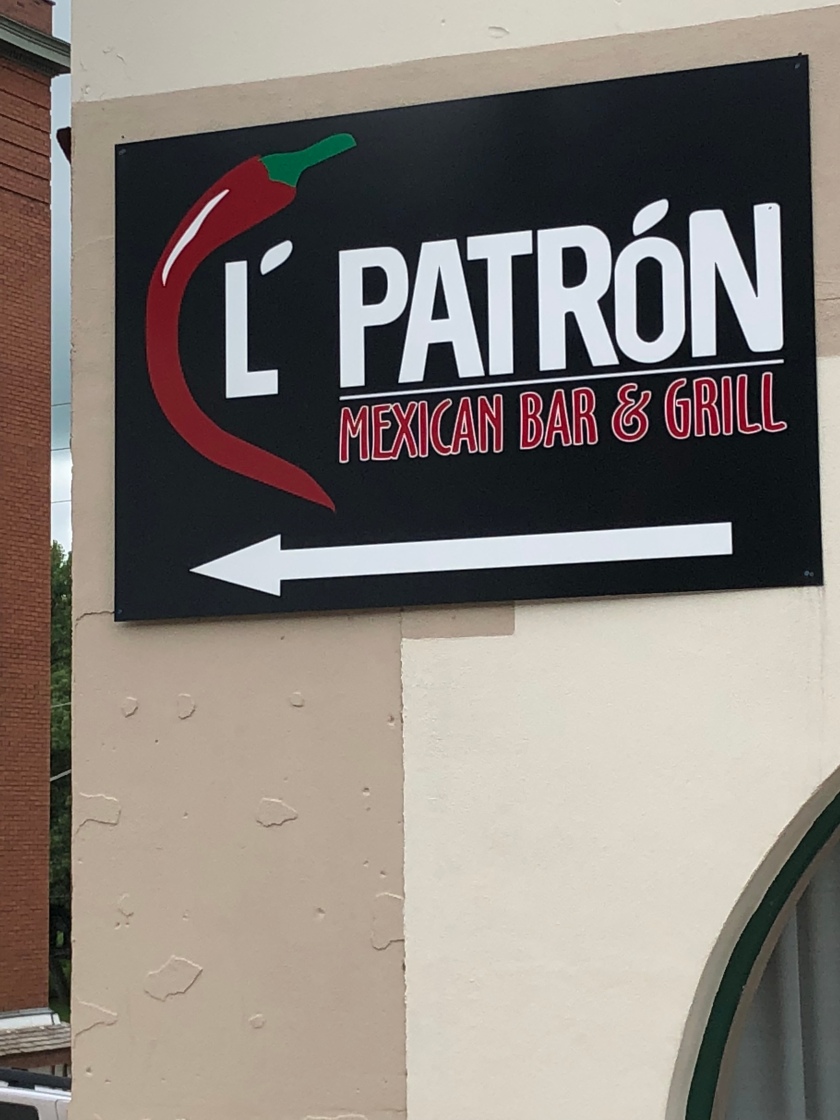 We arrived in the town of Montevideo and I think I found the first French Mexican restaurant – at least that’s what the sign looks like.

The town is the Sister City of Montevideo in Uruguay and has a plaza dedicated to Jose Artigas, an Uruguayan hero. 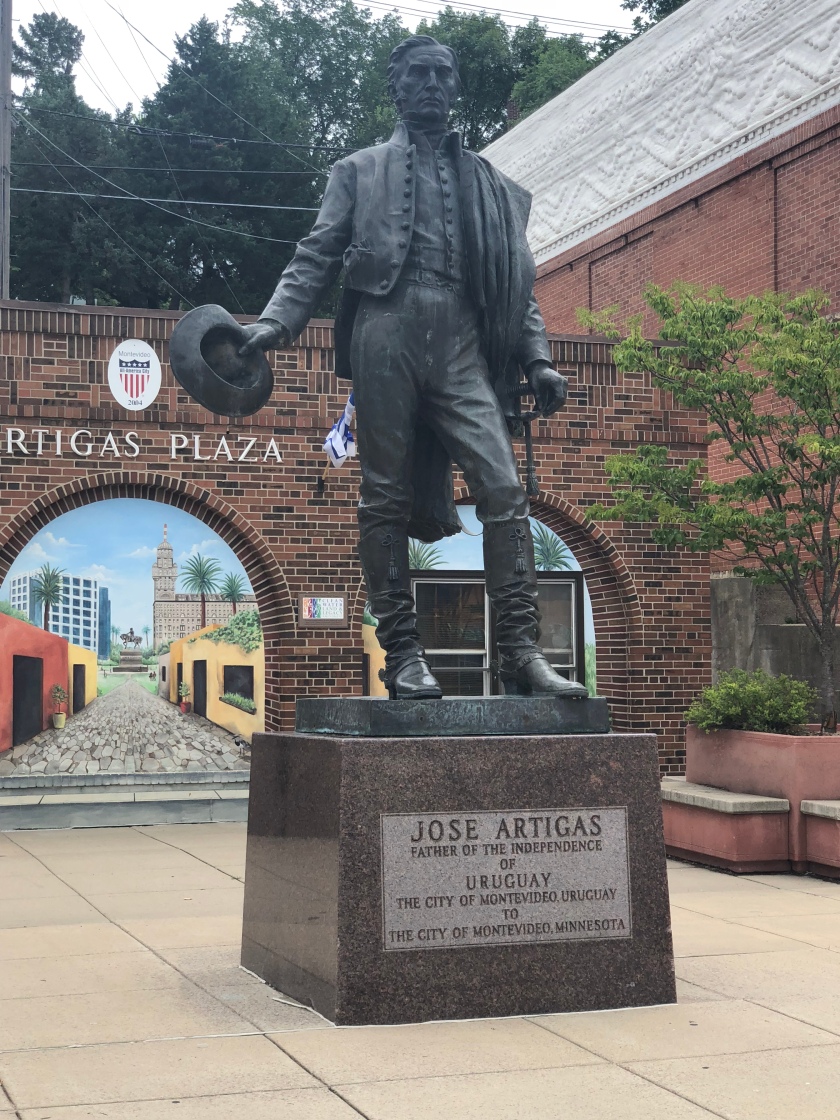 We completed 82 miles by about noon so stopped at a cafe in town for espresso, then stopped again for a root beer float. 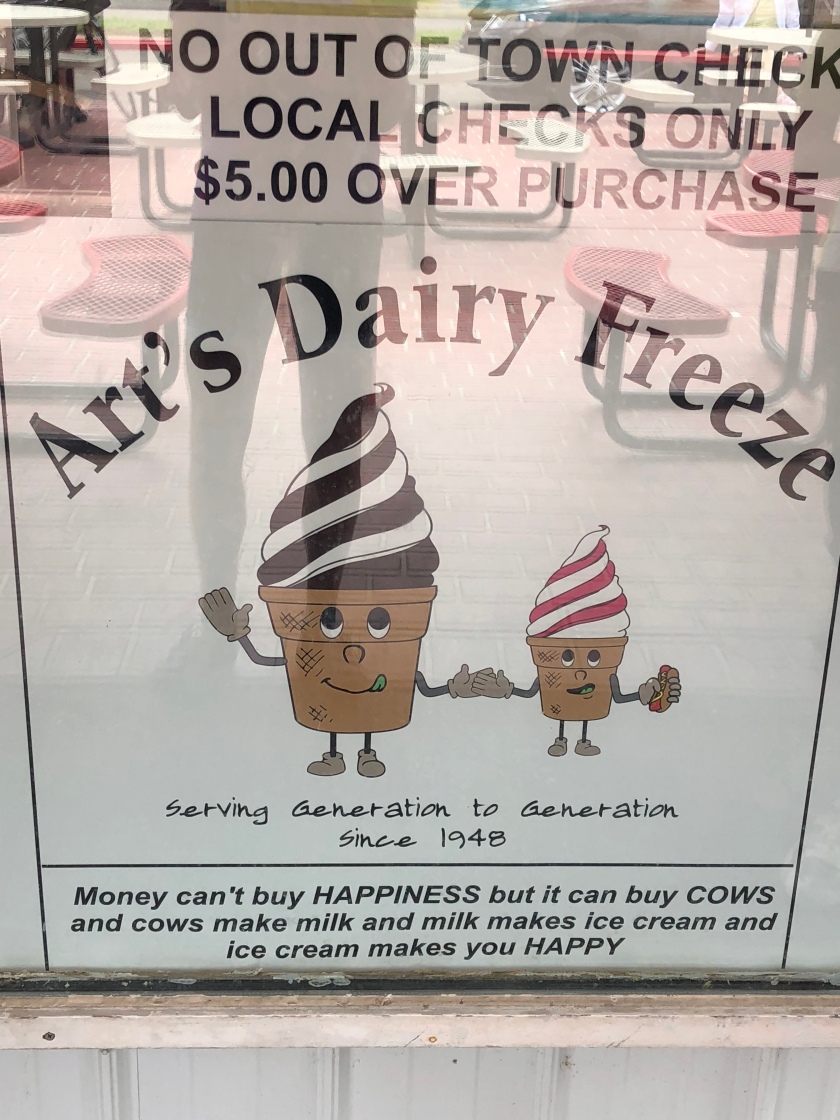 As we approached the school where we are staying, the sky became ominous once again. I brought my tent out and it began to rain. I decided to cover my bike first. By then the rain was coming down hard enough to convince me to forego the tent and set up in the gym again. Rain continues to dominate the forecast tonight and tomorrow. Vamos a ver.