Three weeks with no long-distance riding was enough. The Half-fast Cycling Club escaped to Door County, WI for a century ride on Sunday, September 9. (9/9/18, like an addition problem).

We left a narrow isthmus between two flooding lakes connected by a flooding river and headed to a narrow peninsula (looks like an island to me, since you have to cross a bridge to get to it) with Lake Michigan on one side and Green Bay on the other. At least this lake is still within its banks. 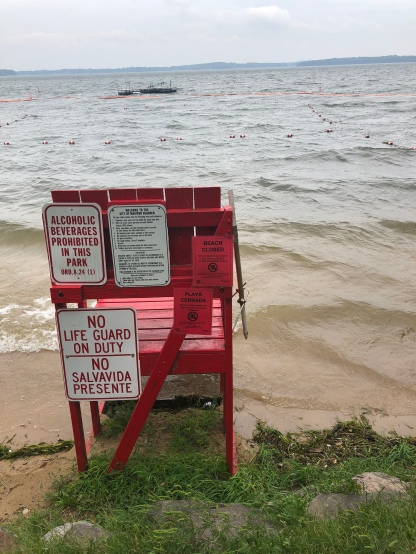 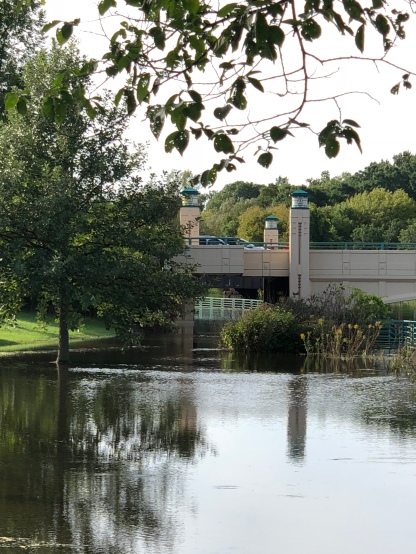 I arrived in camp in darkness after the 200 mile post-work drive. Rather than pitch a tent, I slept in the back of the van. Dinner was PB&J with popcorn. Left camp in the dark in the morning and had breakfast in a diner in Sturgeon Bay, not wanting to make breakfast in the dark.

They were nice enough to give me my birth year as a bib number in case I forgot how old I am. 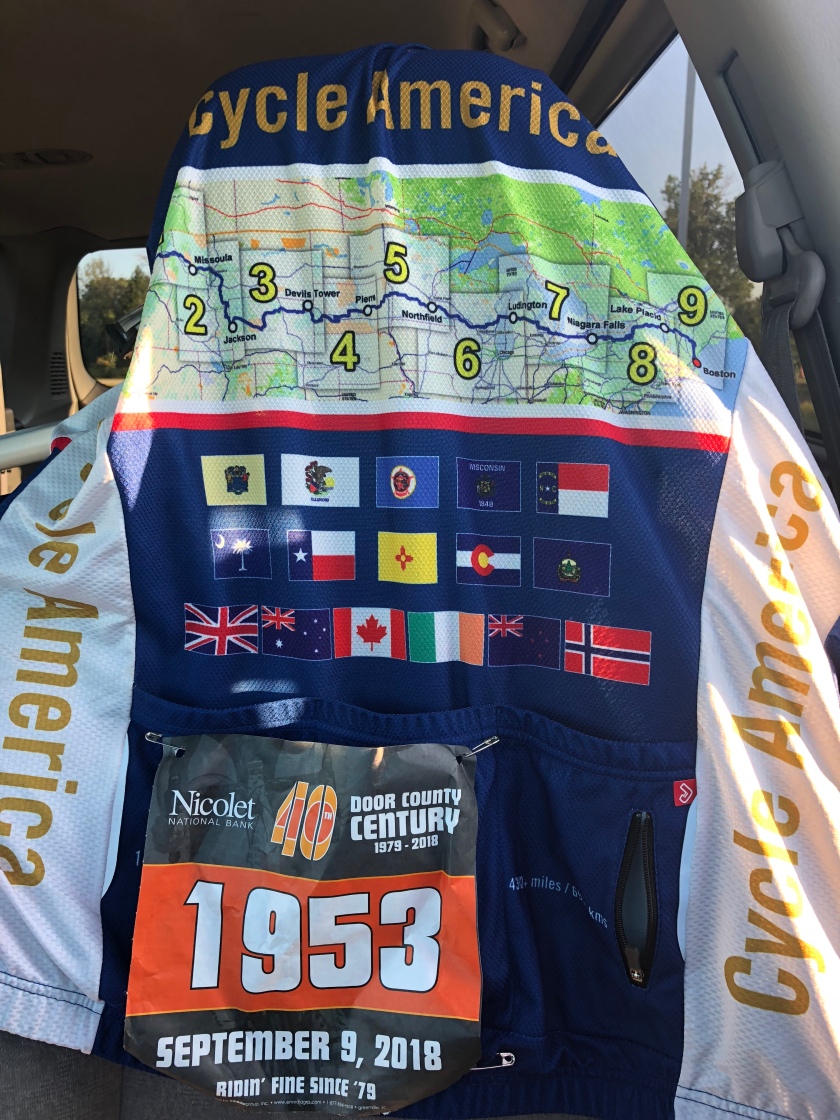 In case we haven’t shown this yet, this is the back of the coast-to-coast jersey, with the flags of the countries and states of origin of the riders. You may note from all the Union Jacks that the former British Empire was well-represented. The marked cities are the weekend rest days.

We started out by riding a gauntlet of yard signs for a rogue’s gallery of Trump toadies, lest we think that Door County has gone soft.

I wasn’t used to riding in such crowds. I saw someone with rider number 2700-something. I frequently found myself speeding up or slowing down to escape a crowd. It was a bit chilly for the first 20 miles and anytime we hit a patch of sun I wanted to bask for a while.

Twenty five miles in I found a coffee shop for an espresso. For Tim, here’s a picture of that espresso; and the view,  through the coffee shop window, of riders in more of a hurry than we were. 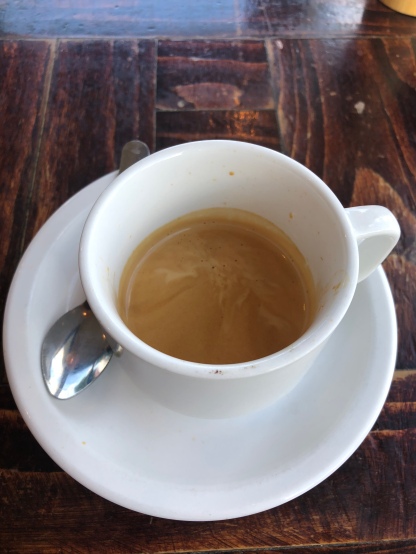 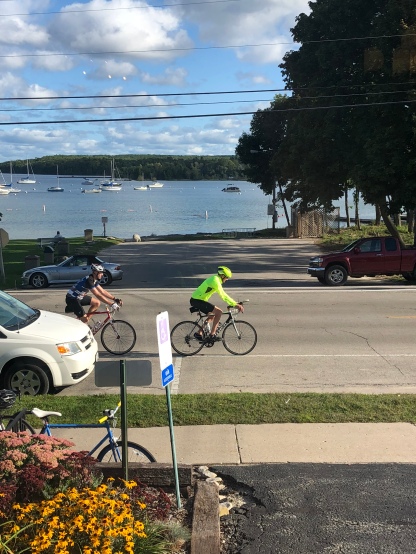 There were water and snack stops every 15 miles or so. Every one had PB&J.

Door County is beautiful, with plenty of quiet back roads despite being a narrow peninsula. The wind came up in the afternoon to make sure the day wasn’t too easy. 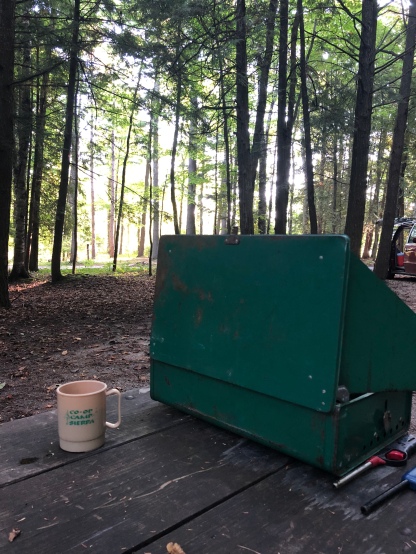 FAQ (there was only one):
Q: After what you did this summer, this was easy, right?

Oh, yeah. I had a another flat tire. For those of you keeping score at home, that’s, I don’t know, I stopped keeping score.

The Half-fast Cycling Club has been nominated in the Best Local Blog category in Madison Magazine’s Best of Madison competition.

If you like what you’ve been reading here, vote for us. The final voting period is from September 17 – October 31. Unlike round one, in which you can vote every day for what you think is best, in round two of final voting, you will only be able to vote once per category, so consider your pick and make your vote count! The ballot will be available on our website at www.madisonmagazine.com/bom. 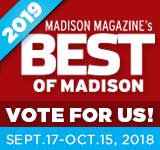