I met Bob Ruck some time in the 1970s. He had moved from Sturgeon Bay to Middleton WI to be closer to civilization. He made guitars, which he could do anywhere but he said he stayed in the middle of the country for shipping purposes. He later figured out that UPS would ship from anywhere so he moved to Kauai, then Bainbridge Island, WA, and finally to Eugene, OR.

Bob and I studied and taught Tai Chi together (along with another founder of the half-fast cycling club). One day he came to the rest of the teachers in our school and told us he’d met this great new teacher at a workshop in Arkansas, and could we bring him to our school for a workshop? That began my study with Peter Ralston, whose blog appears in my blogroll.

I moved to San Francisco in 1984 and studied with Peter in Oakland. Bob would occasionally fly in for a workshop. We’d go to dinner together and he would joke that, as long as one of us said the word “guitar” during the meal, he could buy my dinner and put it on his expense account.

I visited Bob at his home on Bainbridge Island and he showed me his workshop and the tonewoods he was ageing. He showed me the new design he was now building, with sound ports in the upper bout for better volume.

It was only many years later that I realized that Ruck guitars are among the most sought-after in the world. His waiting list was closed for years, as he had more orders than he could fill. The wait was ten years. His guitars sold in shops routinely for more than he charged for them.

I haven’t seen him since I found out how famous he was. He was just Bob, the guy who hosted the massive dinner our Tai Chi school had when our teacher came up from Chicago, the guy I taught classes with. It was at Bob’s house that I ate a duck embryo. Our teacher, the late Domingo Tiu, was born in China and raised in the Phillippines. Duck embryo (balut) is a common street food in the Phillippines. Domingo told us it was meant to be consumed with beer. He talked of hot nights sitting out on the front porch, sipping a beer, and buying balut from a street vendor. We didn’t sit on the porch, but we had our embryos with beer.

Manuel Barrueco, a Cuban guitarist and teacher at the Peabody Institute, plays a Ruck 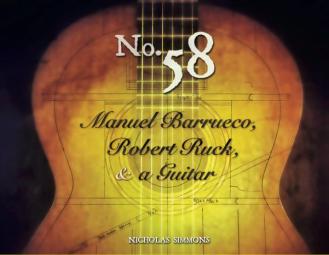 guitar, number 58. It is the subject of a coffee table book, featuring interviews with Barrueco and Ruck, and detailed photos of the guitar, which Robert made in 1972. It was an experiment, but Barrueco fell in love with it and wanted to buy it. While he is said to be using a newer guitar in concert, he continues to record on the Ruck.

Bob died on August 13 of 2018; the day we rode from Lake Placid to Plattsburg, NY. It was a beautiful morning as we soared down the sweeping turns descending from the Adirondacks.

There was no soaring today; but I did get to find out that my new winter boots work in the cold. It was -14 degrees this morning as I rode home after dropping the car for repairs. By the afternoon it had warmed to +14, but the wind had kicked up to 14 mph. It was a symmetrical sort of day. I was only slightly overdressed. My feet stayed warm. 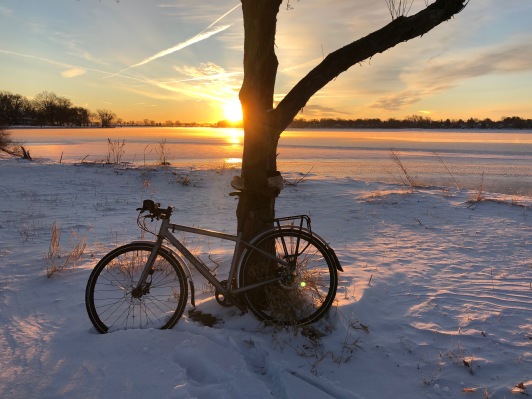 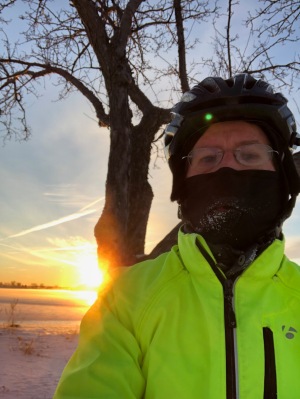 2 thoughts on “In memory of Robert Ruck”