Rode into the moonset on the way to work this morning. Watching it low in the west over the city skyline, I thought setting over the lake would make a better picture. By the time I got to the lake, the moon was nowhere in sight.

Left work in a hard rain. Within the first block, it turned into torrential rain, driven by a 30 mph wind in my face. I grinned and said aloud, “Is that all ya got?” I immediately regretted it and thought, “Be careful what you wish for.” I still had >5 miles to ride (though the wind would be a tailwind in a couple of blocks), my house is still sandbagged, the river is still out of its banks from the last round of storms, and the water has barely receded from its high point. A few roads have reopened. Bridges are out on both sides of Black Earth, where I rode yesterday.

I guess 105 miles in cold rain this summer changed me.

I just received our official totals from the summer. 4324.2 miles (not counting trips into town, doing errands, etc – just the official daily totals), 152,606 feet of elevation gain. Of course, the net elevation change was pretty close to zero – from sea level at the Pacific to sea level at the Atlantic; but don’t tell your legs that the net change was zero. They still have to lift you up those 150,000 feet. Going straight up, that is near the outer limit of the stratosphere. “Space” is typically defined as starting 62 miles up.

And here is the coast-to-coast official portrait. 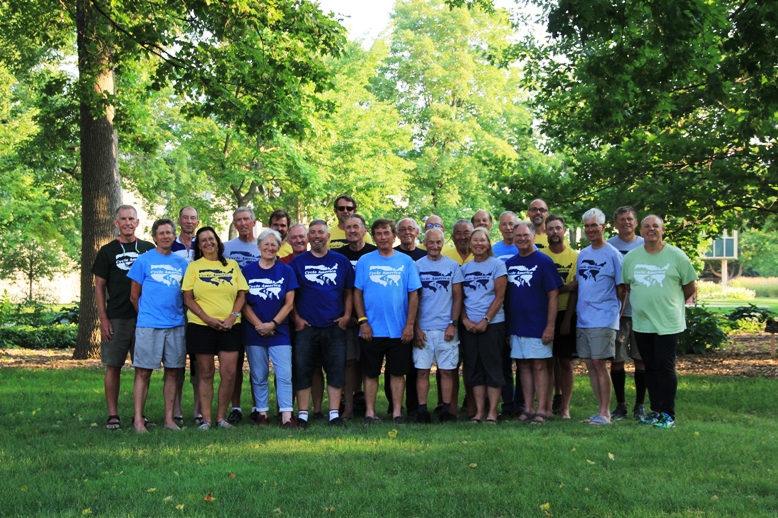